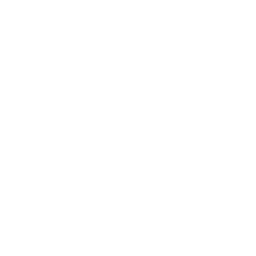 Student attendance policies and procedures comply with Code of Maryland Regulations (COMAR) 13A.08.01.01–07.

General Procedures for All Schools

Each child who resides in this state and is five (5) years old or older and under eighteen (18) years of age shall attend a public school regularly during the entire school year unless the child is otherwise receiving regular, thorough instruction during the school year in the studies usually taught in the public schools to children of the same age.

Students shall be considered in attendance at school when participating in school-sponsored activities during the school day, and when that participation is approved by the local superintendent of schools or the school principal, or their designees.

Determining Whether an Absence Is Lawful or Unlawful

Students presently enrolled in public schools are considered lawfully absent from school, including absence for any portion of the day for the following reasons):

Such absences may include, but are not limited to, the following events directly involving the student:

A parenting student’s absences due to an illness or a medical appointment of the student’s child are lawful/excused absences. After four days of such absences, during a school year, a physician’s note may be required.

A student’s absences due to a legal appointment involving the pregnant or parenting student that is related to family law proceedings, including adoption, custody, and visitation are lawful/excused absences.

Procedures for Make-Up Work When Students are Absent

Whenever a child is absent, it is important for the child to have access to the information presented in class. The teacher will collect the work during the day while the child is absent. It will be given to the child upon their return to school.

If the student is absent for multiple days, parents/guardians and teachers should be encouraged to communicate regarding make-up work that may be completed while the child is out of school. It is the child’s responsibility to turn in the work to the teacher. Teachers can also make arrangements to have make-up work picked up by in the front office

Before a student has accumulated five unlawful absences for a high school course during the semester, the school will notify the student that the student is in danger of losing credit. Once a student has accumulated more than five unlawful absences during a semester, credit(s) may be denied. The principal, in consultation with the school-based Student Support Services Team, will determine whether credit is awarded or denied.

If credit is denied by the principal, a student may be given the opportunity to have the credit reinstated through extended day, Saturday school, and summer school as determined by the principal. Any student who loses credit under this provision may appeal the determination to the Superintendent’s designee.

An absence for any reason other than those cited as lawful are presumed as unlawful and may constitute truancy. Enrolled students who do not report to school in August/September are marked absent during the first month of the school year until they report to class. By September 30, all enrolled students who have not reported since the first day of school will be exited with the date of exit July 1.

Students with unlawful absences of 10 consecutive school days or more will be withdrawn from school and may be allowed to re-enroll, provided they meet enrollment requirements, upon their return. Upon expiration of the 10-day window, the student will be withdrawn and the date of the exit will be the first day after the last day of attendance.

The expectation for regular attendance is the same for all students enrolled in QACPS whether they are under or over the compulsory attendance age.

Under The Annotated Code of Maryland, criminal charges may be filed in relation to unlawful absence from school:

The following support and intervention procedures should be in place for students who have chronic absences (lawful and/or unlawful):

Procedures for Out of Attendance Zone Requests

A student attending a public school in Queen Anne’s  County is expected to attend the home school that serves the attendance area in which the student’s parents/guardians are domiciled. Special permission may be requested for students in Grades K – 12 to attend a school within the district that is out of the student’s attendance area.

Out of Attendance Zone Requests may be approved when one of the following conditions exists:

Application Procedures for Out of Attendance Zone Requests